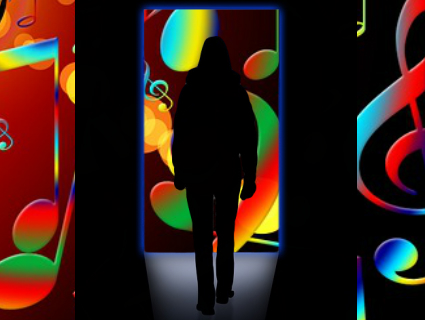 Musicianship is a result of a combination of inner game (how you approach your instrument mentally), and practice. Practice is important, of course. But practice without the correct inner game will not get you very far. And if you have your inner game together, your practice sessions will be radically more effective.

The world is a different place than it was 50 years ago. Look at guitar playing, for example. Fifty years ago, if you could play technically, as well as Eddie Van Halen, you’d be world famous, almost instantly. Now, you can go on YouTube and see literally hundreds of people that can shred in a way that, fifty years ago, would have been considered miraculous.

Without getting into the debate about whether that’s a good thing or not, we can agree that the technical proficiency of top level guitarists has dramatically increased. Now, equipment is more sophisticated, for sure. But the truth is, 50 years ago, it wasn’t equipment that was stopping people. It was a mental block.

I remember when I first heard “Eruption”. I was in a band at the time. I played mostly rhythm guitar, and our lead guitar player was pretty good. When he heard the track, he said it wasn’t guitar — it was keyboards. He literally couldn’t wrap his mind around the idea that a guitarist could do those things. Within a few years, every wank-off guitar player was doing two-fingered tapping techniques and atonal solos (much to the detriment of music, I think). Here’s a 14 year-old girl doing a serviceable job of Eruption.

Musicianship Is A Function Of Inner Game

What was stopping those people from playing that way before? Two things: knowledge, and the idea that it could be done. In other words, inner game. Not only must you believe something is possible, but it helps to feel a connection between where you are now, and that possibility.

The examples of inner game are many. The record for running the mile was 4:01, in the 1940s. There was a supposedly impossible 4 minute mile barrier. After Roger Bannister broke the barrier in 1954, it took only 46 days for someone to break his record. It was a mental barrier. Inner game is about setting your mind to what you want to accomplish. It’s about obliterating mental barriers.

But playing the piano, or the bass, is not running the mile. Perhaps you don’t want to be the best in the world. Instead, you want to be able to play better, express yourself better, and allow your emotions to come through more effectively. Those all rely on a strong inner game.

When I was 17, I’d already played guitar a few years. In high school, we took a bunch of aptitude tests. I took one called the GATB, and among other things, this test involved putting a bunch of washers on a nail. It turns out I wasn’t very good at quickly putting washers on a nail. Good thing too — otherwise they’d have told me I should consider a job in a factory, doing mechanical assembly.

But the results came back with this label. . .

I was stunned. I knew I needed manual dexterity to play guitar well. If I was below average, it was inevitable that I’d be a below average guitar player. This explained why it took me so long to learn things, and why I couldn’t automatically play like my guitar heroes!

Back to how much I suck, in a minute.

Beliefs Drive What You Do

When I was a therapist (which is one reason I know a bunch about inner game), clients would often say to me, about their problems, “I’ve tried everything!”. I would typically reply, “Have you stood on your head and said ‘booga, booga, booga’?” Of course, they hadn’t. Why would they? How would that help?

And that was my point. You only try things you think would help, based on your existing beliefs. But what if those beliefs are limiting, or just plain wrong?

Back to my suckiness.

I took that GATB test result, and made a belief out of it. Why would I practice, if I didn’t have good manual dexterity? Even though I really wanted to be good at guitar, I knew it could never happen. It was demotivating, and it stopped me from doing what I needed to do to improve (mostly). Plus is gave me an excuse for every problem I had. It was poor inner game.

And it took me several years to get over the idea, and realize that test didn’t mean much. Those years were largely wasted, in terms of improving on the guitar.

There’s an old saying; practice makes perfect. Well, not if you don’t practice the right things, in the right way. Somebody came up with the idea of changing the saying to “Practice makes permanent.” That’s a bit closer. That saying gets across the idea that what we practice is what we reproduce. But of course, if we practice incorrectly for a while, we can overcome that. So, it’s not exactly permanent.

I would say, what we habitually practice, we tend to reproduce. Using speed as an example, if we usually practice at a speed where we often make mistakes, we will often make mistakes when we perform at that speed. On the other hand, if we never play faster than we have to play in order to play perfectly, we will never develop speed. So, there’s a balance between doing things perfectly, and stretching our limits.

In short, inner game and physical practice work together, for good or bad. You can create a strong, imaginary mental model of your skill and passion, and use practice to connect your current reality to that mental model.

How To Practice Your Musical Instrument

Once you have your inner game strong (or even if you don’t), you practice a large percentage of the time, concentrating on a particular aspect of your technique. For instance, if you’re a drummer, you might focus on playing without tension in your wrists. Play something simple enough, and at a speed where you can play with relaxed wrists. Then move to another aspect of playing. Let’s say, being even on all strokes of a paradiddle. Again, you do that at a rate which makes it likely that you’re going to do it near perfect.

You cycle through every aspect of your playing that you’re working on that day. Then, you spend some time applying what you’ve worked on in more real-life situations (maybe a section of a song). Play that section, and take the speed down, or make whatever allowances you need to make to get it right.

Now, play some songs! Switch your focus between relaxing your wrists, and making sure your strokes are even, and whatever else you’ve worked on that day. Don’t worry if it’s not perfect. Just do the best you can. Note any sections that need improvement. You can work on them in tomorrow’s practice session.

Then, you spend maybe 10-15% of your practice time letting go, and stretching your limits. Have fun. Note any improvements and mentally let yourself know that these connect your current level of skill, with your future, imagined skill level.

If you don’t sense any improvement, or if you feel you’ve played worse, that’s OK. Remind yourself that it’s not your job to be perfectly skilled right now. Your job is to practice correctly. The rest will come.

Most People Get It Wrong

Most people spend 85% of their time stretching themselves, and playing out of their skill level, and 15% of their time practicing good habits, correctly. I’d advise you to do it the other way.

So, we mentally program ourselves by imagining what it’s like to play things we can’t yet play, and we give our bodies a little experience of what that feels like. In the meantime, we practice the component parts of the skill required, and we do them extremely well. We’re sending a nice, congruent message to the brain to accomplish this higher level of skill.

And remember to have fun!

In an episode of the TV show, Frasier, Niles Crane talks about a paper END_OF_DOCUMENT_TOKEN_TO_BE_REPLACED

What Is Your Job When Practicing?

For years, I practiced ineffectively; and because of it, I didn’t get much better at END_OF_DOCUMENT_TOKEN_TO_BE_REPLACED

How To Learn Guitar Solos More Easily With Reaper

You can use Reaper to slow down tracks, so you can pick out fast END_OF_DOCUMENT_TOKEN_TO_BE_REPLACED